A downloadable game for Windows and macOS

What happens when humans have left the planet, leaving the flora and fauna to fend for themselves? Endangered species have decided to hone their skills to prevent extinction. Play in the treacherous mountain map where one wrong move can mean doom or the fast-moving desert map where the ground literally shifts beneath your feet.

Go up against up to three of your friends online as you try to knock them out of the fighting stage in this fast pace brawler! Experience the intensity of the chaotic Free-for-All battle as you play as endangered species, each designed with unique fighting mechanics and personality.

Endangerous is perfect for both casual and experienced fighting game fans alike.

Swing your powerful punches and uppercuts as the boxing Cactus, or unleash tempestuous wind storms as the swift Crane! 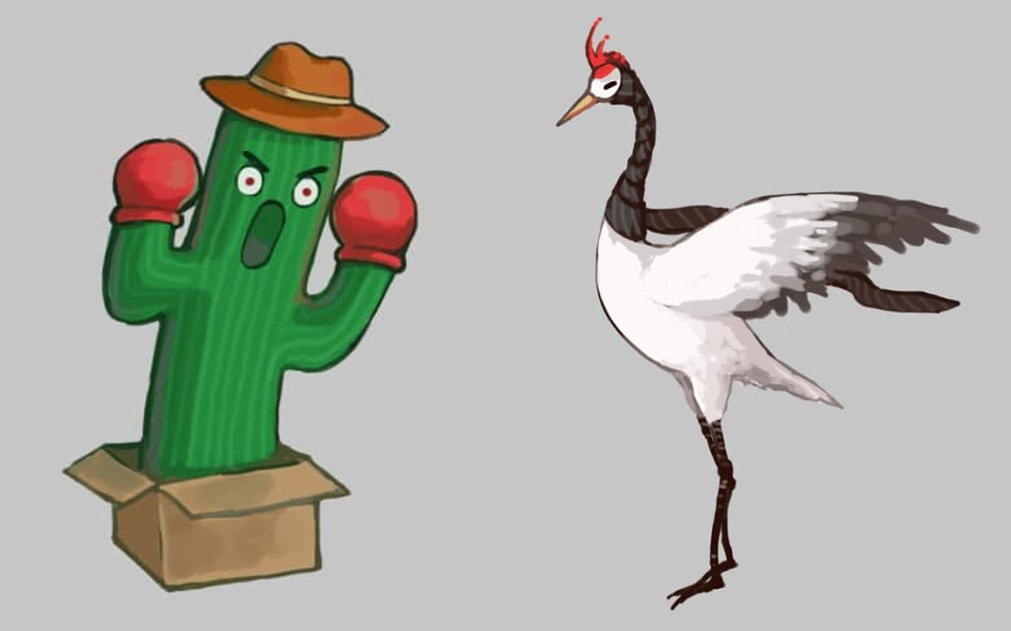 String combos to deal damage to your opponents and knock them off the platform!

Fighters are hand-drawn and fully animated against the visually stunning backdrops!

Stay alert on the action as you listen to the adrenaline-filling original soundtrack!

This game was developed as a student project at the National University of Singapore.

Before starting the game, please ensure that your system is connected to the Internet. Else the game room could not be created.

After starting the game, set your nickname in Options before clicking ‘Online Play’. You only need to set this once. Or you can keep the default random username.

When playing with friends (max 4 players in a game), choose one person to be the host.

You will be able to see the characters the other players have chosen, as icons with their player number will appear on their selected character.

Once you have confirmed your selected character, click ‘Confirm’. You can click 'Unconfirm' to select a different character before the host clicked 'Next'.

When all players have confirmed their selection, the 'Next' button will appear on the host's screen. Click on it to advance to Stage Selection.

Click on the image of the stage that you want to fight on and then click ‘Confirm’. You may select another stage before the host clicks 'Next'. Confirm your choice by clicking ‘Confirm’.

The game will randomly choose a room from the ones selected by players. More players selecting a room -> higher chance of it being chosen.

Note: Controls can be re-mapped anytime in the Options Menu.

Specific aspects of our game to be tested

Please give us as detailed feedback as possible on how the character controls feel! Especially little things you notice that may affect gameplay.

We also welcome feedback on the UI flow.

Please let us know if the animations clearly display what you want to do. Are they too short or too long?

Do you feel like your hits aren’t connecting? (Are the character hitboxes the right size)

Love this game! It's super fun to play with friends

wow the aesthetics are amazing and the gameplay is fun! good job!